By all accounts, it’s been one of the cooler springs in recent memory — but that’s set to change by the end of the week. Thursday’s temps are predicted in the high seventies, and Friday’s too.

Yes, that should kick the final spring hatches — second-wave skwallas and caddis — into gear, but it will also kick the next level of snow down from the mountains.

Get the good water now? 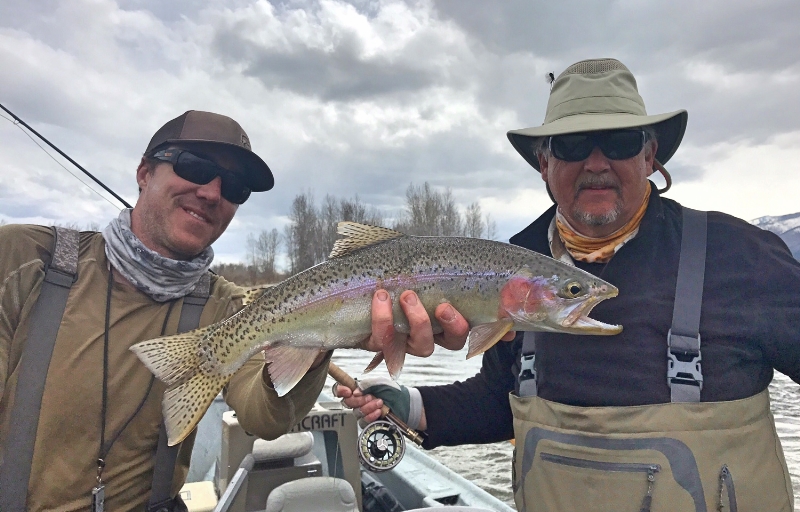 Until then the ‘Root remains one of the better dry fly options in the state, with March Browns, Drakes, stones, and even a few caddis urging fish to the surface.

The Blackfoot, too, has been a solid option for us, with large fish coming to both nymphs and streamers. It’s going to be a good week to work up something big and wacky in the vise and give it a whirl on the ‘Foot.

Clark Fork near town and just below has been giving up some great fish on dries. If it’s sunny, wait till the shady banks develop and then pick your way along. If it’s cloudy, take a float through mayfly-town.

Enjoy it while it lasts!