Now that our hunting seasons have all but wound down, our bird dogs can nurse sore joints and lick their paws while we return to the desk and focus our attention on the 2019 season. It’s hard to believe that we will be hollering at Pat for shuttles and throwing dry flies in a couple of months, but the Skwala stonefly waits for no one! 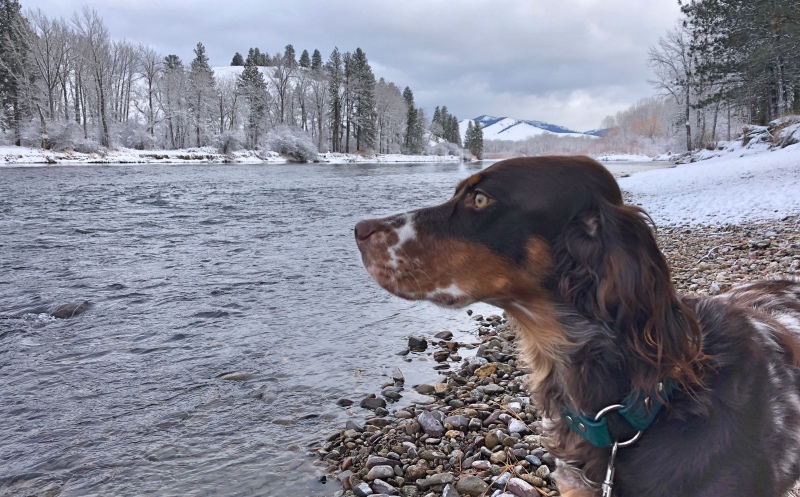 Olive enjoying a walk along the Bitterroot near Missoula

Meanwhile the crew is busy at the fly-tying vise, most notably Gagnon, who spends the winter filling our custom orders and putting his very large feather stock to use.

We’ve had a mild winter so far, but snowpack percentages are hovering in the mid-90s around Missoula. What this means for the coming season, no one really knows, but it will likely translate into a sustained dry-fly window late March to early May. We’ve already heard from many of our early bird customers  — and whether you’re planning your first trip to Missoula or returning for the dozenth time, we’d love to hear from you.

On days when air temps rise into the mid-30s, each of our area rivers is a viable escape from the desk work. Midges on the slow bends of the Bitterroot. Dead-drifted streamers in the diamond chop on the Clark. Bacon and Eggs on Rock Creek. Take your pick — the fresh air’s the point!