Quicker than a spooked trout, we went from a lingering autumn to full-on winter in Missoula, and, outside of the Missouri River, our fishing options have been slim to none. Most guides and anglers have traded their oars in for bows and tree-stands, or a bag of decoys and a Lab. However, if you’re jonesing to get out during this early winter spell, there are some options for the dedicated (read: feral) angler.  Good time of year to be grateful for the wonderful fishing season we had in 2014–more on this to come! 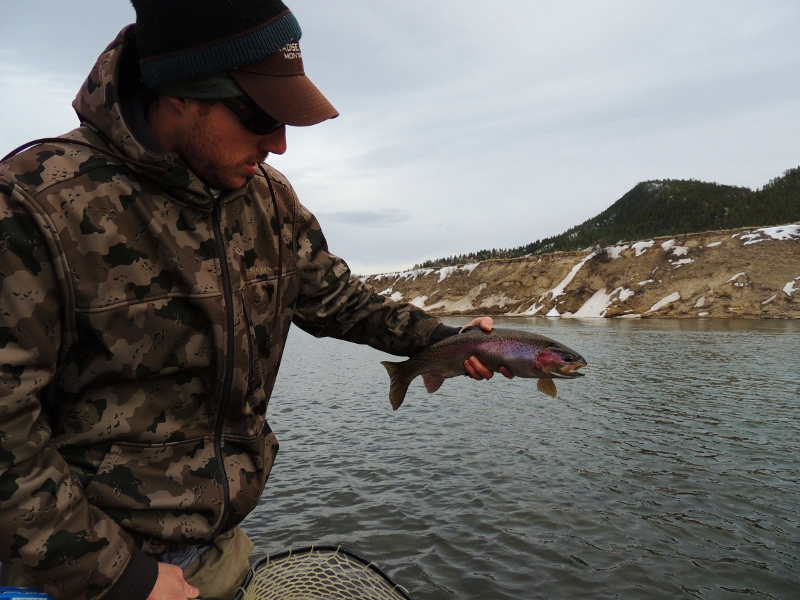 Dropping but relatively consistent water temperatures throughout the winter make the fishery below Holter Dam a viable option nearly every day. Standard fare for nymphs: slow runs and tailouts with something small and pink and something smaller like a Zebra midge. If you’re looking for your indicator to get yanked on a strike, you won’t catch many fish. Watch the bobber as closely as you can and if it even so much as–pauses–it’s time to set.  Slowly swung–don’t strip–streamers will also catch fish this time of year, and on still dark days you’ll find plenty of midging fish that range between challenging and impossible to catch. But it’s always fun to see a trout take a dry fly when snowflakes are falling.

See above fishing report — But look for days in the mid-30s or lower-40’s if you’re hankering to get out. Back sloughs will hold great targets that often rise to midges. A Pat’s Rubber Legs is a fine searching nymph this time of year, and keep in mind that both trout and whitefish eggs abound in the water column, so think pink. Some day during the next few weeks a duck hunter picking up his decoys will spot a brown trout so big he’ll think he’s in New Zealand. 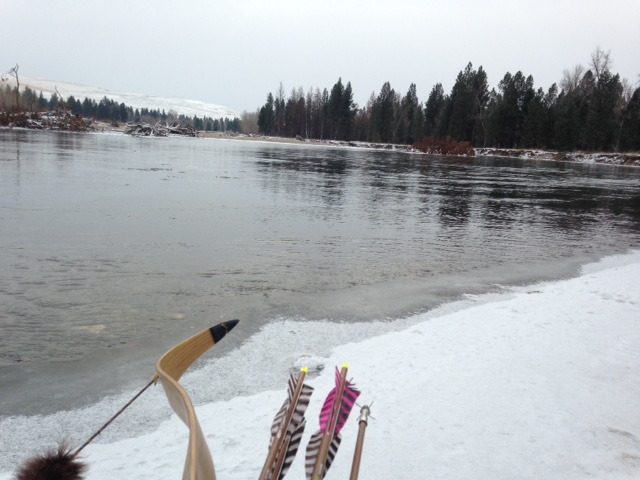 The upper, more meadowy end of this fishery (not the canyon which receives little light) will fish best until April. There isn’t a ton of water in the channel, so warm ups of 10 degrees go a long way up here. San. Juan. Worm.

Bring your skates and skis. There are a few runs up here that will fish well all winter long, but their locations are hoarded by area anglers.

Brrrrrrr. The Blackfoot is COLD.