The Bitterroot has been pretty solid over the last week.   The Skwala has been getting it done for the most part but we are starting to see more Mayflies hatching.  We saw a fair number of Blue Wing Olives and a couple of March Browns yesterday on the Root.   The fishing was kind of spotty for the first few hours until we switched over to March Brown patterns, which increased our dry fly action dramatically.  There has definitely been some traffic on the Bitterroot these days but other options are beginning to open up around Missoula.  Rock Creek and the Clark Fork are probably fishing pretty well at this point and the Blackfoot is an often overlooked option this time of year. 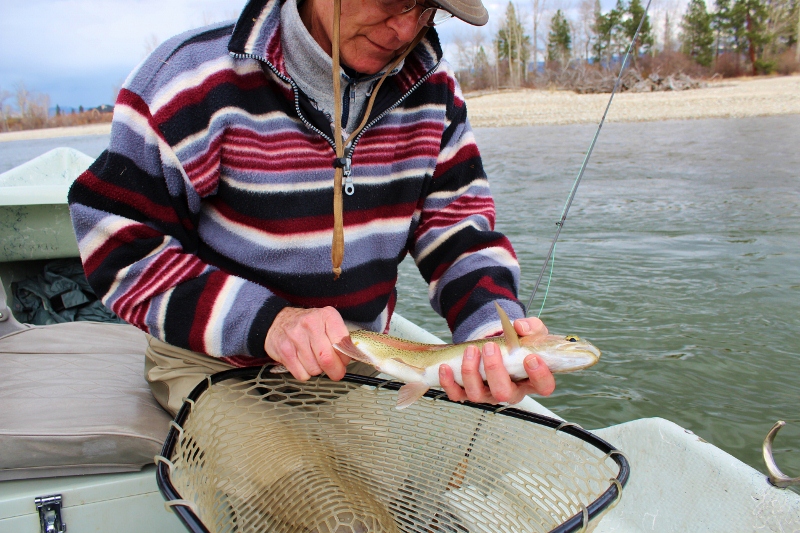 Carlin Mercer of Missoula admires a rainbow he caught using an old self winding reel that was passed down to him from his father.