Fish are still eating dry flies!  I spent the last few days in the boat fishing with Ric Jones and Brad Bennett, both from Washington.  Ric has been fly fishing the Missoula area since the 90’s and brings the Catchin Hogs group to the Kingfisher every Fall.  He makes it out to Missoula a few times a year and I was excited to fish with him and his buddy this Spring.   Overall we pulled off some pretty good days…… 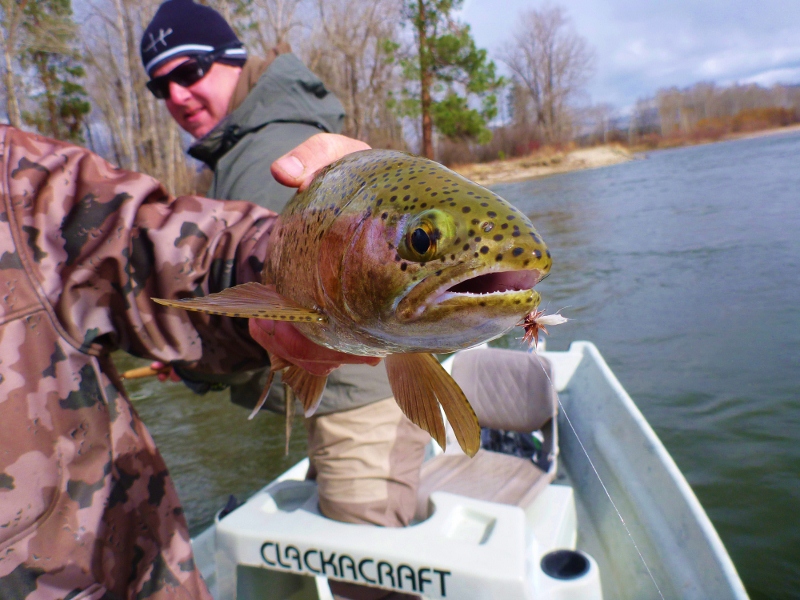 The day started out great with a few fish in the boat on dry flies right out of the gate.  Then things died for about an hour so we tried switching bugs with no improvement.  We put streamers on next to see if that would work and it didn’t.  We breaked for lunch to re evaluate the situation.  We went back to dries after lunch and soon enough the clouds rolled over and we got a push of Baetis and March Browns which got the fish looking up.  Big time.  We fished Skwalas to the rising fish and most of them ate it.  We had a thirty minute window of epic dry fly fishing. The sun came back out and blasted us again which killed the hatch and made the fishing a little spotty for a bit.  We stuck to our guns and slowed the boat down and soon enough as the clouds came back the fishing picked up again.  As the day got later and the light got lower the fishing improved.  We lost count of how many we caught in the late afternoon and into the evening.  Brad finished the day with a nice brown that he caught while I was literally rowing into the takeout. 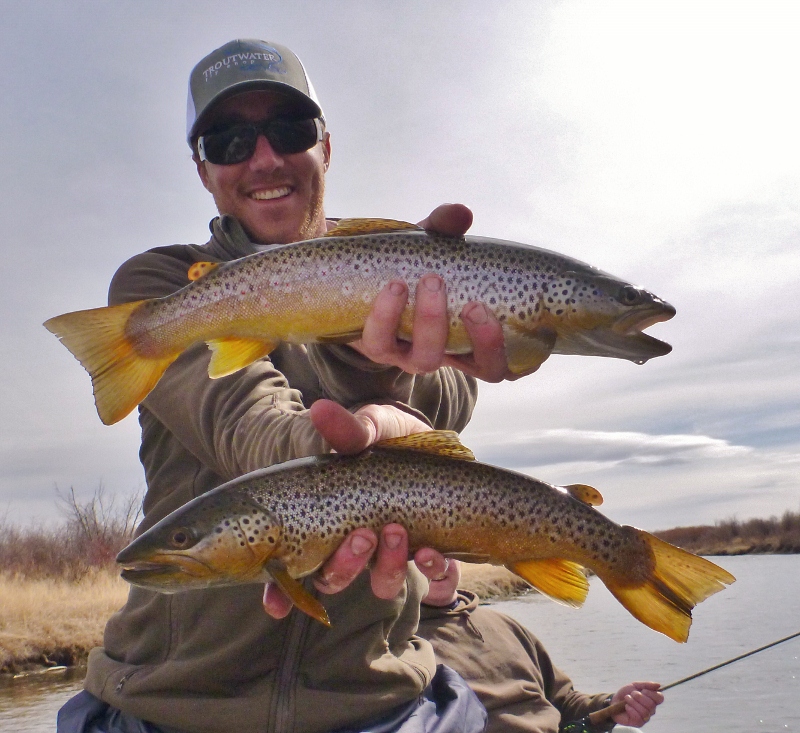 The weather on day two was supposed to be nasty in the Missoula area so we chose our float based on the mildest weather report we could find.  In Stevensville the wind was only supposed to gust up to 39 mph! So we went to the middle Bitterroot and prepared for the worst.  Luckily the weather man was wrong and aside from a couple of snow squalls we stayed plenty warm enough in the fourty degree weather.   We started out fishing drys with droppers and caught some really nice fish on the dropper and had a couple of fish eat the dry fly.  We clipped off the droppers and went to single dry just before lunch.  At lunch we built a fire to warm up as the first snow squalls started to hit us.  The remainder of the day was filled with mostly sunshine and intermittent blasts of snow.  During one of the brief cloudy snow squalls the March Browns hatched and blanketed the water.  From that point on we had solid dry fly fishing all the way to the takeout. 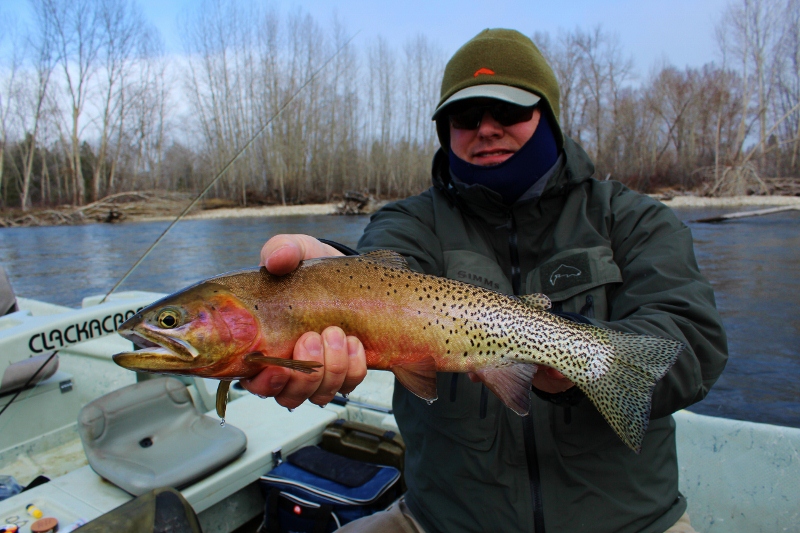 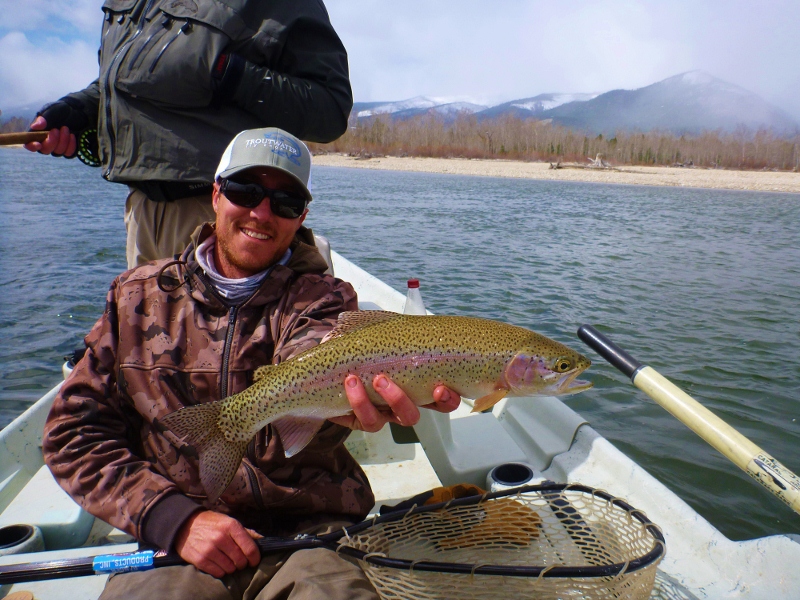 Thanks Rick and Brad for two great days on the water and a whole lot of laughs!