ANOTHER GRAVY WEEK, or IS THIS PLACE ABOUT TO BLOW OUT?

Salmonflies on the lower Clark Fork? Caddis on a spiking Bitterroot? It’s been a strange week in Missoula, and this fishing report is a tough one to write, let alone bet on. (Was your money on Mayweather or Pacquiao last weekend?) We were able to scratch out another fine week of good late April fishing, which we call “Gravy Fishing” because, due to typical runoff, we’re often dealing with unfishable water this time of year. We’ve got what looks like another day or two of decent fishing before the flows catch us–then it’s over to the controlled flows of the Missouri River for March Browns in the haze and Blue Wings in the rain. 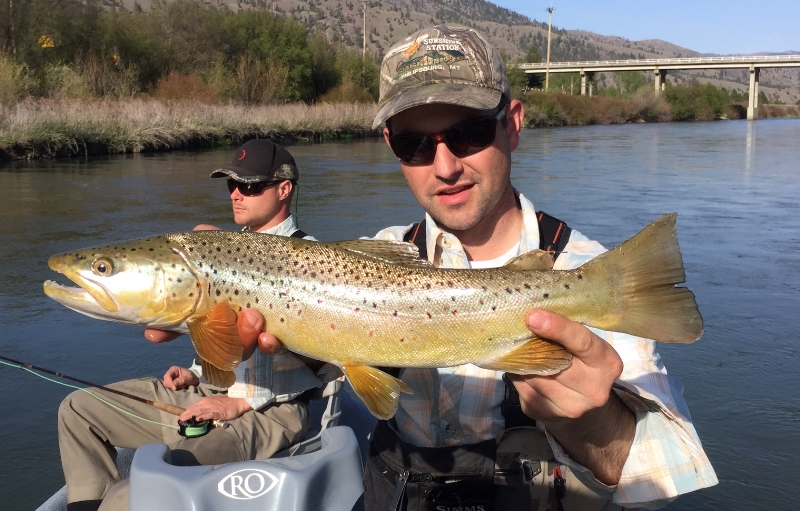 Still fair numbers of fluttering skwallas down low, and yes, even a salmonfly or two, but the upward trend in flows, along with the bright sun in the forecast makes this a less than favorable choice. 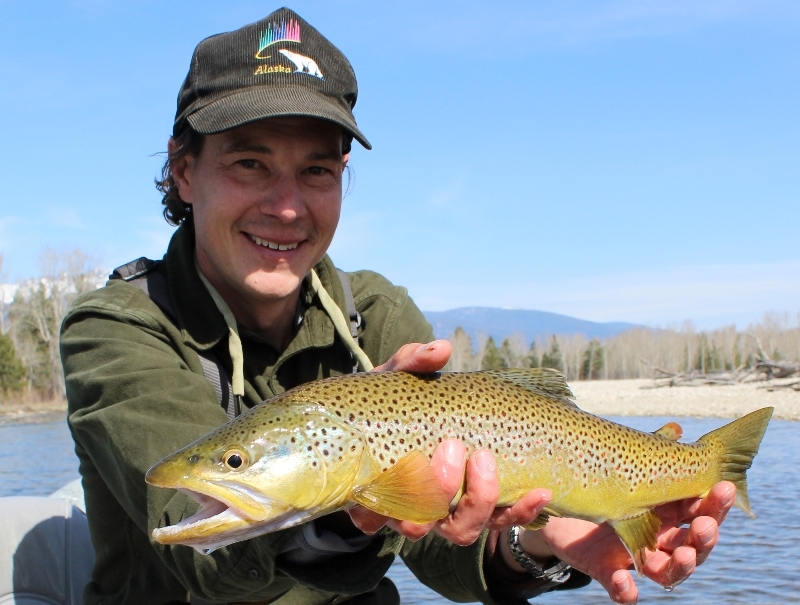 Way up the West Fork there’ve been reports of good stonefly fishing, but the main river is on a steep spike. Other than a few side-channels and springs we keep on the hush-hush, we wouldn’t bank on the Bitterroot this week.

We had some fine days last week dragging the big junk around, but the snow in the Scapegoat looks shiny from Hwy 200, and we fear a big pulse of water is on its way. Salmonflies by Memorial Day? Even earlier is our guess anyway.

Flat out swinging. There are lots of ways to get ’em over the Pass right now–from dry-dropper rigs, to nymphs, to single dries down in front of the boat. Pick your poison, and let it ride over the roughly 4000 fish per mile–something good is bound to come of it!